A trio of Abbotsford hockey talents were chosen by National Hockey League teams on Friday (July 8) in day two of the NHL Draft in Montreal.

Going first was forward Michael Milne to the Nashville Predators in round three, 89th overall. Milne had an excellent 2021-22 season with the Western Hockey League’s Winnipeg Ice and collected 81 points in 68 games. He added 19 points in 15 playoff games.

Milne played minor hockey in Abbotsford before moving on to the Yale Hockey Academy for his U15 year. He then played for the Fraser Valley Thunderbirds and was chosen by the then-Kooetnay Ice in the eighth round, 155th overall in the 2017 bantam draft.

“It feels pretty incredible,” he told the Winnipeg Ice YouTube channel shortly after being chosen. “Feels like all my hard work has come to commission and it’s pretty hard to put into words right now.”

Milne was not in Montreal for the event and said he saw his name came up on TV and was pleasantly surprised to see his name. He noted that he will join his former Ice teammate Carson Lambos in Minnesota and Lambos was the first person to call and congratulate him on joining Minnesota. Milne was ranked 119th on NHL Central Scouting’s final ranking list of North American skaters back in May.

WATCH: Mikey Milne met with the media via zoom to recap the #NHLDraft and being selected by the @mnwild 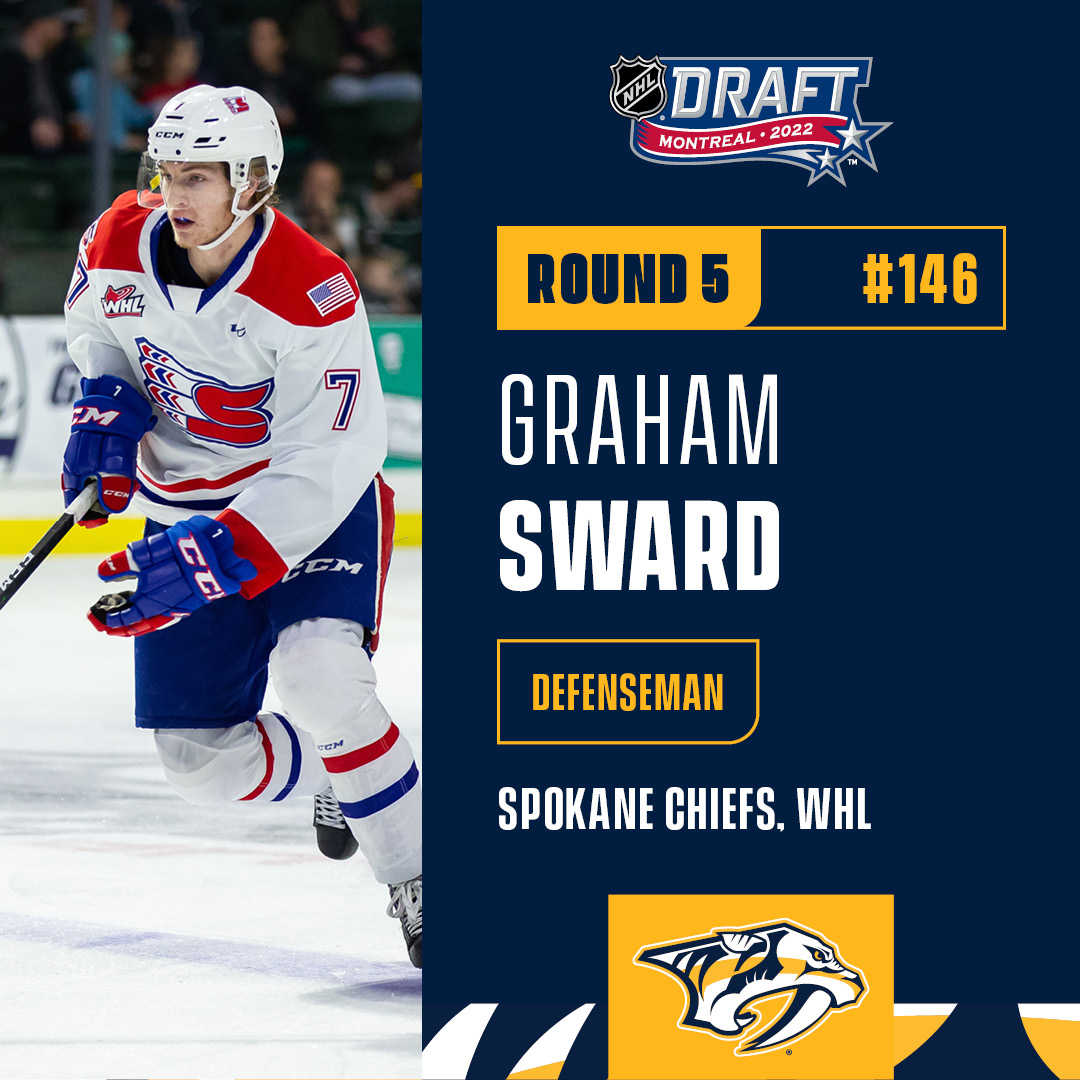 Graham Sward was the second local player taken on the day and he was chosen in round five, 146th overall by the Nashville Predators. The defenceman had a strong season with the WHL’s Spokane Chiefs and recorded 43 points in 57 games.

Like Milne, Sward spent time with both the YHA and the Thunderbirds before being chosen in the first round, 15th overall of the 2018 bantam draft by the Chiefs.

Sward also made headlines back in December by co-hosting a blood drive event in Abbotsford with Edmonton Oilers product and Abbotsford native Jake Chiasson. Sward was ranked 93rd on NHL Central Scouting’s final ranking list of North American skaters back in May.

Both Milne and Sward were draft eligible starting last year, but were not chosen.

The third and final local hockey talent chosen was Tyson Dyck, who went in round seven, 206th overall to the Ottawa Senators. The forward with the Cranbrook Bucks of the British Columbia Hockey League was fourth in league scoring and notched 75 points in 54 games. He is the first player in Bucks history to be chosen in the NHL Draft.

He played his minor hockey in Abbotsford and went on to play with the Burnaby Winter Club program and put up impressive numbers during his time there. He joined the Bucks as a 16-year-old for their expansion season in 2020-21 and put up five points in six games. However, that season was cut short due to a collarbone injury.

Cranbrook Bucks forward Tyson Dyck has been selected in the 7th round of the NHL Draft (206th overall) by the Ottawa Senators! He is the first player in Bucks history to be drafted.#NHLDraft | #BCHL

Dyck was ranked 93rd on NHL Central Scouting’s final ranking list of North American skaters back in May.

Abbotsford players Brayden Schuurman and Grayden Siepmann were ranked 76th and 79th, but were not chosen. However, both 2004-born players will be eligible to be selected next year.

Another interesting note for local hockey fans is that the Vancouver Canucks chose Daimon Gardner in round four. Gardner will be playing with the BCHL’s Chilliwack Chiefs for the 2022-23 season.

With the 112th selection in the 2022 #NHLDraft, the Canucks select, Daimon Gardner!@ToyotaPacific | #Canucks pic.twitter.com/ax5KuANy9Z

Woman charged with infanticide in death of her baby in Abbotsford